Climb For Change proudly presented the 16th Annual Vancouver International Mountain Film Festival Mountain Photography Competition winners on the opening night of the VIMFF… I was extremely honoured to be awarded the Grand Prize (a two-week guided expedition in Northern Pakistan with Nazir Sabir Expeditions) and still can’t believe I was selected by the jury over all of the other incredible entries!  Photographers from across the globe enter this competition and submit some seriously jaw dropping photographs… below is my winning image, which was created only 2 weeks before the contest deadline!  My wife and I were snowshoeing in the backcountry of Apex Mountain (Penticton, BC) where there was a fresh dump of powder! The snow in the interior is much different than down on the coast and made for a perfect photo!  Thanks again to Climb for Change, VIMFF, Arc’teryx and also Nazir Sabir Expeditions for the amazing Grand Prize! 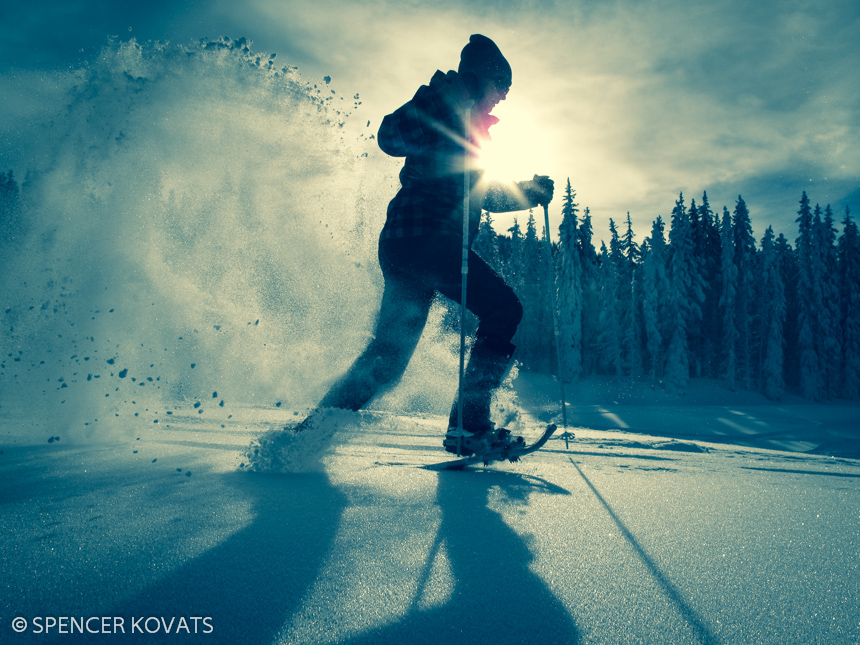